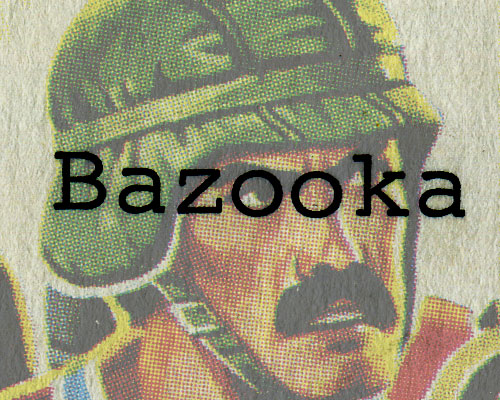 It’s Bazooka’s 1985 toy cardback dossier, or “command file,” to use the official term.  Many fans know Larry Hama wrote these, so in addition to the monthly adventures from Marvel Comics, Hama was also influencing the Hasbro toys.  But before computers and the internet and .doc files and e-mail attachments, Hama’s originals would have been typewritten and faxed from New York to Pawtucket.  So you may not have seen this: 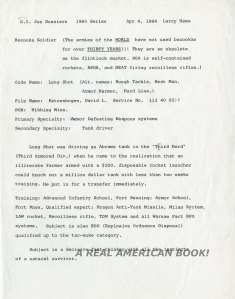 You can even see the correction fluid.  (Certain typewriters had a second ribbon in white for fixing typos, many did not.)  This dossier is particularly interesting for Hama’s comment on outdated gear, and has his customary codename suggestions for Hasbro Legal to check.