Larry Hama and the Flagg

This is a fun one.  Between the occasional Wizard or ToyFare article, G.I. Joe fan website, and Hama’s own Facebook page, it’s not too hard to find shots of Larry and G.I. Joe toys.  It is hard to find any where the toys outsize him.  But then the USS Flagg outsizes us all.

I don’t know where the original Polaroid (seen here as a photocopy) is from, but I have a lead I can look into (and should have already!), but my guess is either at Hasbro in Rhode Island or Toy Fair in New York City, February of 1986 or 1987.  Probably not the Marvel office in NYC.  Less interesting, but still a captured moment in time from the same series is another angle, sans Hama. 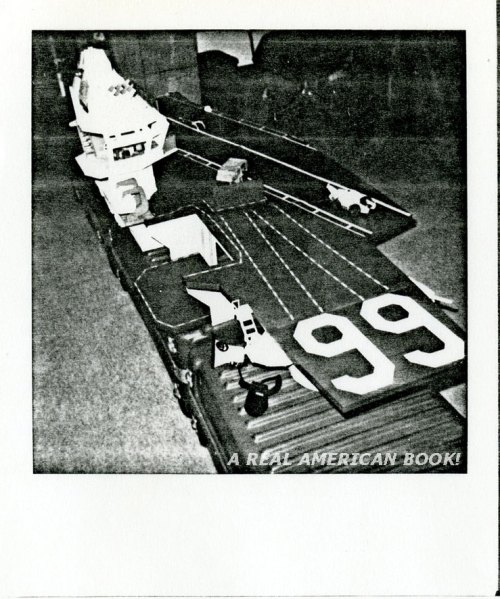