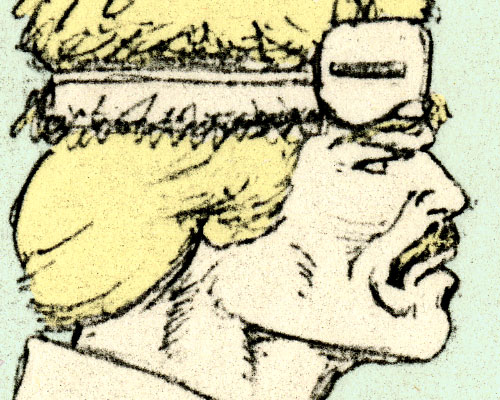 I had a thing for arctic figures. Even though my brother bought Snow Job, the tooth fairy brought me Iceberg, and from then on, it was quietly understood that I would get the arctic figures (or maybe I announced it?) — Blizzard with his many accessories, Sub-Zero with his giant machine gun. Except for the Stalker remake — Kevin had had the original ’83 Stalker, so he got dibs on any revisions. And ’89 Stalker was a tundra soldier, which is not quite arctic. I realize here I’m misusing the word “arctic.” I should just be writing “cold weather” — I got all the cold weather Joes — since an antarctic figure would be a different category. Anyhoo, I skipped Avalanche because he was underpainted and looked silly.

1989 Windchill and his crazy vehicle, the dragstrip racer-like Arctic Blast, was the one that got away. Never bought him, and the tooth fairy had moved on to other, younger kids. But I enjoy peaking behind the scenes at this Mark Pennington sculpt input sheet for Windchill. 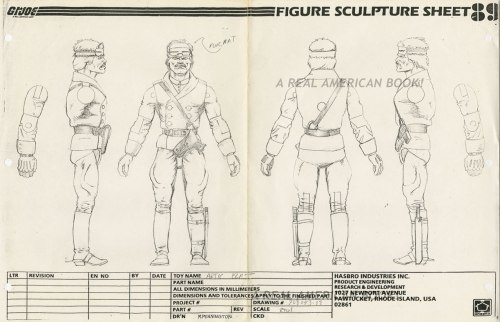