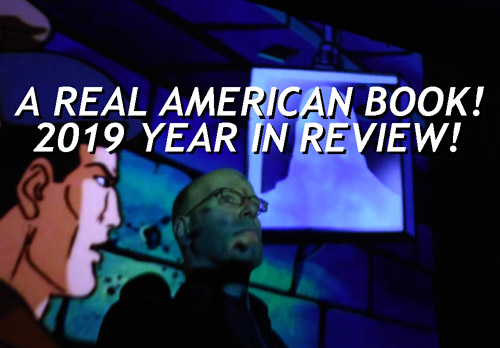 It’s that time of year when my winter break is over and I tell you about the previous 12 months of book work. If this is your first time here at the blog, welcome. I’ve conducted 250+ interviews and written 18 chapters of a history book on G.I. Joe, as well as cataloged several hundred rare artifacts. Every few weeks I present one of them here as a regular blog post, and once a year I spend a thousand words on bigger-picture book progress.

-This next item is one of those blog posts, but it’s worth calling out. I eulogized important G.I. Joe alumus Joe Bacal. If you haven’t read that post, you should.

-Conducted two new interviews. That’s not a lot, which is actually a good thing, since I need to be done with that part.

-Reconnected with about five interviewees who shared photos and assets.

-Licensed a killer photo from a 1994 New York Times that I’d only seen mounted on a wall on Long Island five years ago. I found it online in an archive, but it was so dark as to be useless. But now I’ve got it direct from the source, and I can’t wait to see this in Chapter 18.

-Finished Chapter 18 (the unmade films) and sent it to graphic designer Liz Sousa.

-Worked on Chapter 12 (early fandom), turning draft 4 into draft 5 and then draft 6. It’s really close to being finished. More on that at the bottom — I could use your help.

-Changed the address for this very blog from its old, cumbersome URL to the streamlined “arealamericanbook.com.”

-Bought a few mint but opened GI Joe Extreme toys, a few rare early convention-exclusive toys, and a 1981 wax bauble to be photographed soon for inclusion.

-Read these four books: Danny Fingeroth’s A Marvelous Life: The Amazing Story of Stan Lee, which mentions Marvel Productions; G. Wayne Miller’s Kid Number One, a Hasbro history focusing on Alan Hassenfeld that serves as both a prequel and a sequel to the author’s 1998 Toy Wars; Sacks, Hoffman, and Grace’s Jim Shooter: Conversations; and Christopher Irving’s Larry Hama: Conversations. Funny story about that last one — my 2001 interview with Hama was a good possibility for inclusion, but I sat on my hands for too long and then the book was done! (Good job, Chris!)

Things that did not happen this year:

-I traveled to no conventions. I had initially wanted to attend Assembly Required’s Codename: Iowa, but my schedule at school suddenly precluded Fridays, which meant not making it to a Saturday show. Any other year and it would have worked!

-No photoshoots. As a standard, I prefer at least one a year so I can say I accomplished one more, but there weren’t any photos that had to be taken this year. I took a few placeholders with my phone and we’ll redo them with professional lighting in 2020, and the real ones can swap in for the temp ones that designer Liz is placing.

As with previous years, both the school job and owning a comic shop get in the way of writing more. But they also present opportunities, as it helps when I’m cold calling to be able to point to real things or real places, like a store website or a school bio. “I’m working on a book you can’t yet see” isn’t as convincing. And hopefully my name gets out there a little bit from an event we hold at my shop, and then down the line if I’m trying to explain the book to someone, if they haven’t heard of this blog, or aren’t specifically a Joe fan, they have heard of my other work, or are interested enough in comics or animation that coming from me-as-comics-guy or -as-animation guy, the book is worth supporting. In four words: Gotta build my brand.

That makes a good segue.

Interesting things that happened this year that don’t directly impact the book:

With Mat Schaffer on the Boston Sunday Review.

-Radio interview — I was Mat Schaffer’s guest on his long-running radio program, the Boston Sunday Review on 98.5 The Sports Hub. (This talk show predates the station switching formats to sports, hence being interviewed on a sports radio station.) We talked about comics history and at the end I plugged my G.I. Joe book. Photo above by producer Tracy Clements. Listen to the 28-minute show here.

-Comics convention panel — I was a guest on a panel about graphic novels moderated by the brilliant Hillary Chute. In its 43rd year, the Boston Antiquarian Book Fair was trying to attract a wider audience, so this year there was a focus on comics and graphic novels, at least in the panel discussions. Photo above by Ellen Dubreuil. (Are you, dear reader, running a convention and looking for a panelist who can talk about comics retailing, comics making, comics education, animation, animation history, or G.I. Joe? Send me an email!)

LadiesCon ’19 at Somerville’s Arts at the Armory.

-Animation convention panel — I was a speaker at another con, this one themed around women and gender in comics-makers and readers — the fourth annual LadiesCon. Our panel was on the subject of design in animation, and you can bet I talked about Russ Heath and G.I. Joe. Photo above by a friendly stranger in the audience.

With Ned Hinkle at the Brattle Theatre. Photo by Ellen Dubreuil.

-Film host — I presented a free screening of Masami Hata and William T. Hurtz’s 1989 feature film Little Nemo: Adventures in Slumberland at the Brattle Theatre in Harvard Square, Cambridge, as part of its Elements of Cinema series. This was not a digital projection, but rather, 35mm film! Which is to say it looked good, and not like a Blu-ray or a file off a hard drive. I ran a Q&A after. This is more in the category of “things I did connected to teaching animation history,” but still.

-Co-organizer/Host — My school brought from California esteemed Disney historian and CalArts professor Mindy Johnson to talk about women in animation. We have guest speakers a few times per semester, but rarely from 3,000 miles away, and I was actually hosting Johnson, not just intro-ing one of her two lectures. You may have heard the announcement last year that Ink & Paint, Johnson’s astounding history book, is being developed as a Disney+ docu-series. Yes, that Mindy Johnson. (Fun fact: The day before, while she was in town, Johnson went to one of Harvard’s libraries to engage in additional research.) Anyhoo, Johnson and I had dinner, and I showed her a chapter of my book, and we talked about the challenges and rewards of writing massive history books. 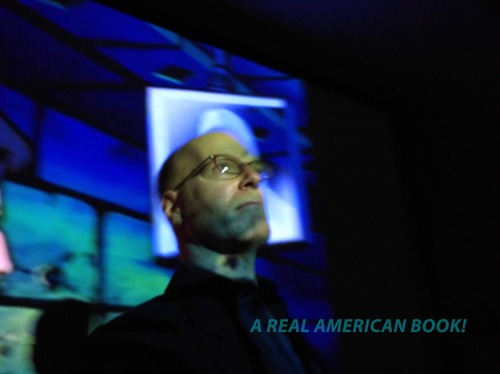 -This next one was so much fun. I’ve taught History of Animation for 13 years. I always sneak in a minute of G.I. Joe at the end of the semester, even though He-Man and the Masters of the Universe better checks off that box when we get to American syndicated television. Through a fluke of the schedule, we had an extra week last fall, so — I’ve long wanted to do this — I presented an informal case study. We watched an entire episode of G.I. Joe, an entire episode of M.A.S.K., and an entire episode of Chuck Norris: Karate Kommandoes. (I paused during each ad break and played a commercial.) And then I loosely lectured about how awesome G.I. Joe is and how not-as-awesome the other two shows are. I think the students had a good time. I certainly did. I probably won’t ever teach a semester-long class on G.I. Joe, so this is the closest I may get. I mean, Michael Uslan taught the first-ever accredited college class on comic books, and he’s a producer on every Batman film, so one can dream.

Actually, I need help from you, dear reader. I’m looking for photos from the earliest G.I. Joe conventions — 1988 through 1993. (Thanks, I have the Intrepid and after ’94 covered.) If you have photographs of people mugging for the camera and you know who these people are, or backs of peoples’ heads looking at a dealer table, or toys for sale with hands in the shot, or a hotel exterior or convention room, or even one photo that fits this description, and can scan it (or mail it — I’ll mail back), and are willing to see it in print, please get in touch! This is for Chapter 12, and like I wrote above, I could use a little help.

Writing this book is a slow process. Your patience and interest are always appreciated.

Filed under Book Behind the Scenes, Writing Process