That Sonya Blade post got a lot of nice feedback, so let’s dip our bloody, broken toes back in the Midway pool and take a look at another test shot. 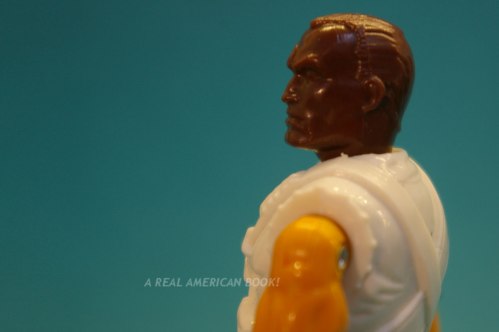 Again, I don’t know anything about MK (although I did see the first film when it was released), so feel free to educate me in the comments about fatalities and the live-action TV show and oh-there-was-probably-a-sanitized-kids-cartoon-on-USA-Network and such. 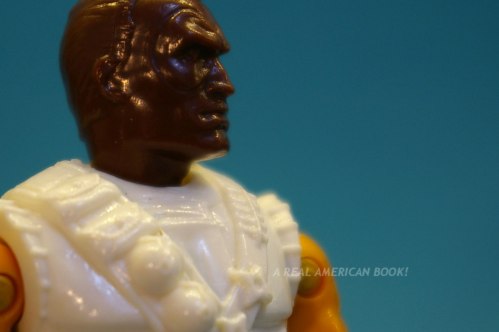 Kano here has the same body as 1993 Dice, part of Ninja Force.  Everything is the same neck down.  But Kano gets a new head.  Here’s a link to him fully painted.

Note in this test shot that Kano’s arm still has the Cobra logo.  But since Dice’s arms have purple paint, this led me to that one G.I. Joe figure that was recolored from 1993 Dice — 1993 Red Ninja(s).  The Red Ninja arms have the same dark blue as my Kano test shot, so I think that someone at the factory in China pulled the arms off a production Red Ninja and attached it to the otherwise white body and maroon head of test shot Kano. 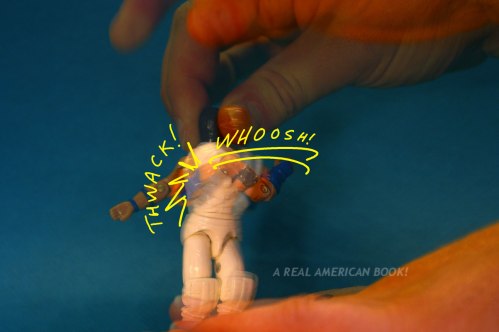 I think Dice/Red Ninja/Kano had the biggest knee pads of any G.I. Joe toy ever.  That would be quite a Fatality, suffocating an opponent pinned under Kano’s knee. 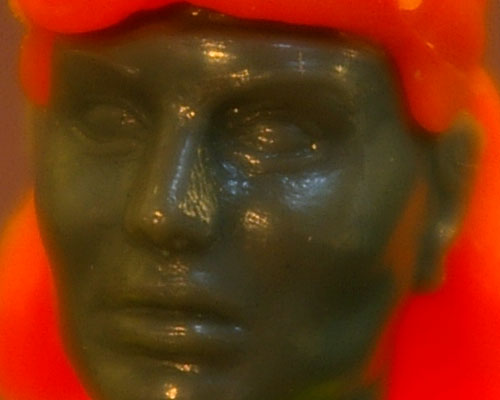 Some characters I have simply no attachment to.  That goes for the entirety of the 1994 Mortal Kombat line, and for several reasons:  1) I wasn’t a fan of fighting games.  2) Even if I was, I gravitated towards the drawn style of a Street Fighter II over the photo-realism a Mortal Kombat or Pit Fighter.  3) These aren’t great representations of the characters since they involve so many re-used G.I. Joe parts.  4) Oh, they’re not even in the G.I. Joe line. END_OF_DOCUMENT_TOKEN_TO_BE_REPLACED