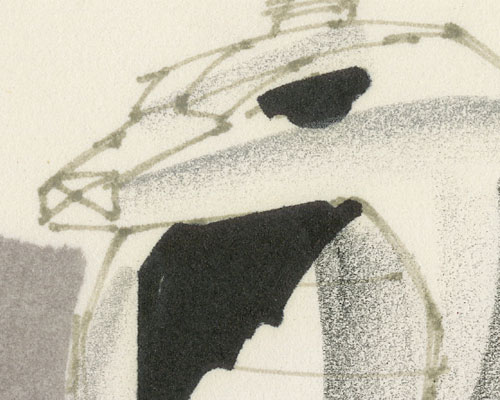 We had this tradition, in my family, that on my brother’s birthday, or mine, one of our presents — a small one — was hidden under our beds. Or each others’. Or my parents’. I distinctly remember lying sideways, pulling up the dark brown bed cover from the white shag carpet in my parents’ room, that July morning in 1986, to find a small, wrapped present. I had already looked under my own bed — nothing there. My mom had already left for work. My dad was probably somewhere behind me, shaving or tying his tie. In front of and above me, past the bed, Charlie Gibson and Joan Lunden’s calming voices were probably transmitting from the television.

This small birthday box wasn’t the right proportions for a Transformer, and it didn’t sound, when shook, like LEGO. To my delight, it was a G.I. Joe toy. Cobra Emperor Serpentor and his Air Chariot, to be precise. This was important. My brother and I divided up each year’s worth of Joe product. He could buy (or receive as gifts) certain figures, and I could get others. It was an even split. In our stories Kevin had claimed most executive decisions regarding that ruthless terrorist organization because he had Cobra Commander. (Both of them.) While I had Destro, we were starting to understand that the TV cartoon had invented Destro’s role as second-in-command, so I didn’t have much power. But now I had the Emperor, who was by definition, higher up than a Commander.

A few months later, I would try to consistently match Dick Gautier’s aggravated tone in all my scale role-play Serpentor dialogue. Our games, Kevin’s and mine, found a new dynamic, inspired by the power play on display in the animated series. Cobra Commander was still around, but he wasn’t in charge any more. But he was still important. And Duke’s incredible grenade-inspired dispatching of Serpentor’s Air Chariot in 1987’s G.I. Joe: The Movie was mimicked dozens of times in our games.

I’m most fond of Serpentor, and what he represents. Much of that is in the details — his costume, his color scheme, and that wonderful Air Chariot. Let’s take a closer look at that little flying vehicle. It was designed by Ron Rudat (as was Serpentor himself). It’s snake-shaped, and perhaps the most organic-looking of any G.I. Joe or Cobra vehicle. And it went through the same development process as every other figure and vehicle — a price point, sketches, more sketches, and color comps. Let’s look at four of Rudat’s ideas. 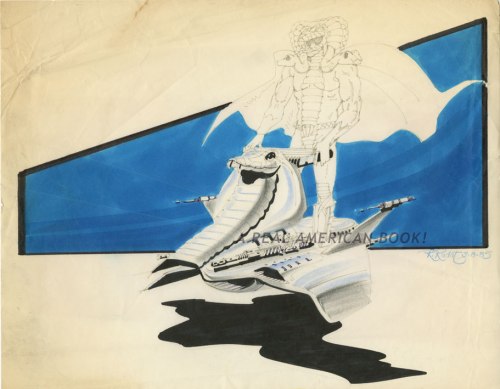 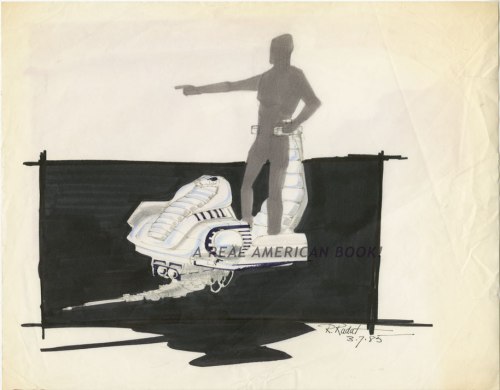 Of note is that three of these are dated. Rudat usually did not date his work. That there was such a huge volume of sketches, drawings, comps, and occasional paintings, it’s no surprise. But with these ones, we get a glimpse into the timeline of when a mid-1986 figure was in development.

What did Serpentor’s Air Chariot mean to you?