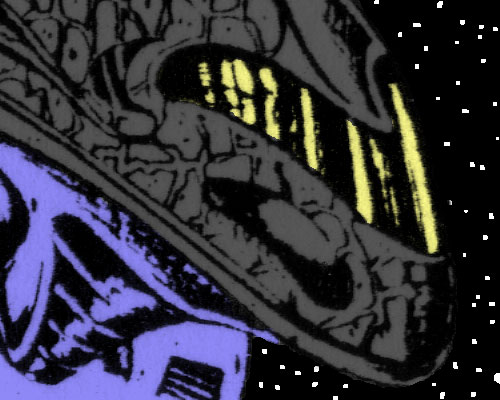 While Ron Rudat is best known for designing the G.I. Joe figure line (and a few vehicles) from 1981 to about 1987 (for the ’82 to about-the-’88 lines), what’s less well known is that he continued to contribute after that.  Case in point, Star Bridgade Cobra Commander.  Remember when Cobra Commander was an astronaut?  You don’t?  Oh, that’s because you perhaps stopped paying attention to the Real American Hero line before its end in 1994.  Well, to catch you up, those final two years had a bunch of favorites (Duke, Roadblock, Destro) in astro-gear.  And some aliens.  (A topic for another day).  Anyhoo, full disclosure, I added the color above.  Today’s art is a black and white photocopy.

You can get a better look at CC in all his purple and blue and suction cupped glory here at yojoe. 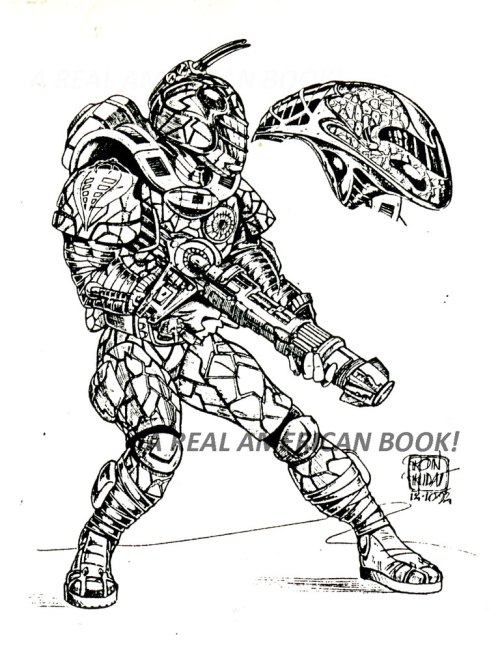